Last June, to mark World Refugee Day, we launched our new series of articles: "Portraits of refugees". With these articles, we want to give a voice to refugees, so that they can tell us about their experiences, their journey, and their relationship with Switzerland. For the second article in our series, we met Maryam Sediqi, an Afghan refugee who arrived in Switzerland sixteen years ago, and who shared with us a few clips from her life. 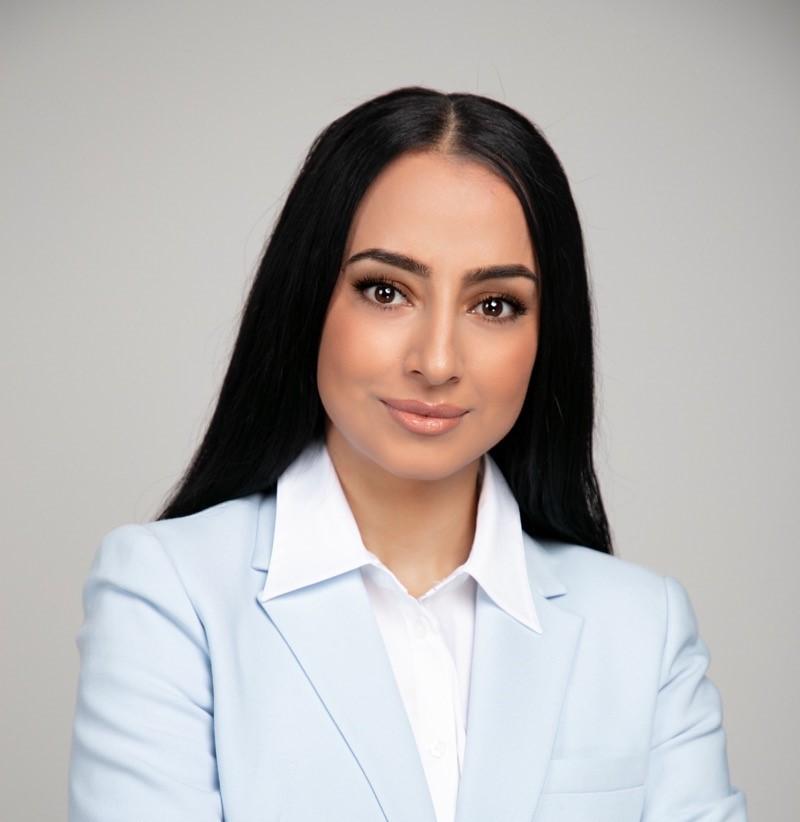 Maryam Sediqi and her family arrived 16 years ago in Switzerland after fleeing the conflict in Afghanistan. ©Maryam Sediqi

Maryam Sediqi, tell us about you.

My name is Maryam, I am originally from Afghanistan, and I am 28 years old. I have been living in Switzerland since 2005. I came here with my family - my parents and brothers - as a refugee from Afghanistan. I am a part-time student and work as a project and partnership manager in Zurich. Integration and solidarity are important to me, which is why I have been involved with Afghan refugees for years. I consider it my duty to give a voice to people who do not have one.

Tell us about your journey to Switzerland.

To be honest, it was a very long journey. Too long. We went from Afghanistan to Iran, then from there to Turkey, Greece, Italy, France and finally from France to Switzerland. We had no intention of ending up in Switzerland, but that's where our journey took us.

What was your first impression of Switzerland?

We arrived in Bern and were transferred to a centre for asylum-seekers in Basel. My first impression, or rather reaction, was to ask my parents:

Have we finally arrived? Do we have to keep moving?

I was really tired from the journey. I was 12 years old, but in most places, I was the one who had to communicate with everyone and translate for my parents. I was the only one who spoke some English, because I had taught myself English in Iran while we were there. I didn't want to do that anymore, spending my days moving from place to place and being the middleperson for everything.

And today, what is your impression of Switzerland?

Today I am a Swiss citizen. I feel at home. I feel safe. Nevertheless, it is difficult to define yourself as Swiss when no one in your family is from there. But the feeling of being part of a community is just as important as nationality, if not more. I can say today that I belong here, that I feel like a part of the Swiss community.

This is my home, and I am grateful for being here, for the impact it has had on my life and my family's life, for the opportunity that Switzerland has given us. 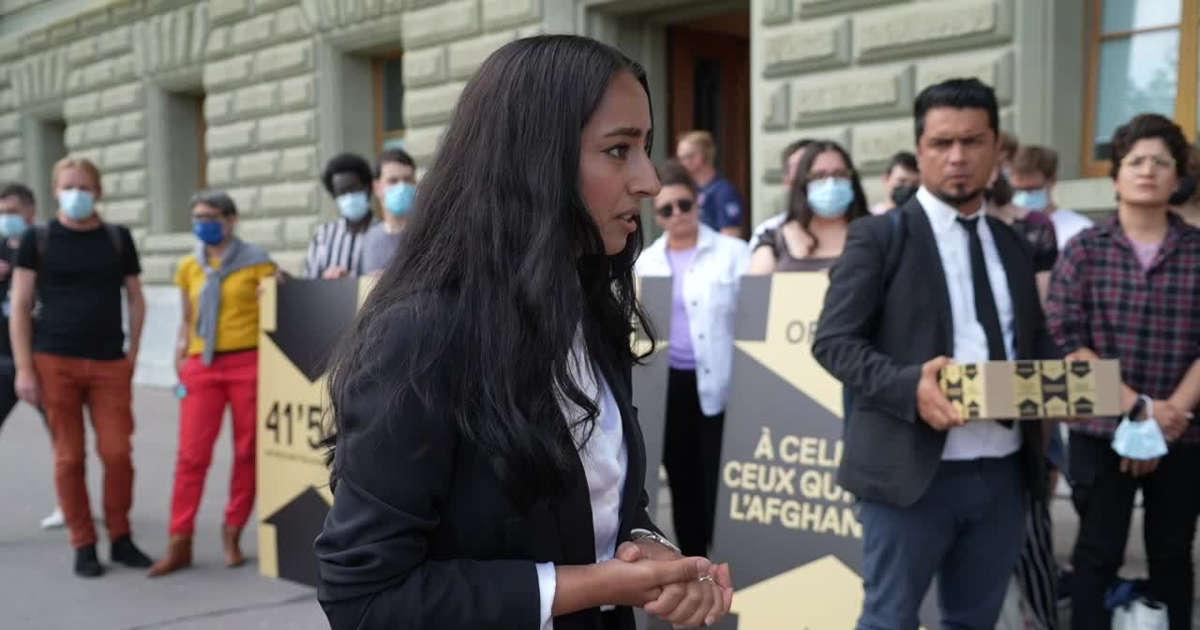 Tell us about your relationship with Afghanistan.

The strong ties I have with my home country were fostered by my parents. They never stopped talking about our home country, telling us stories about the time before the war, for example, about how life was back then. They remind us of places, images, scents; but my brothers and I were too young then to remember them now. Nevertheless, we grew up with these memories, and they connect us to Afghanistan in a very strong way. We come from that country, and we carry its culture and heritage with us. The traumas, but also the joys our parents experienced, are a part of us. They motivate us to keep this culture, which we have known to be so diverse, alive. This is especially true when we see it threatened by the Taliban or other groups.

There are many ways to keep our culture alive, but the most important one is to support each other as members of the same community. I have represented and helped many Afghan women in Switzerland and Afghanistan with legal issues or paperwork. I even ended up writing my high school thesis on the subject of Afghan women's rights, entitled "The voice behind the veil". My own journey and history have made this topic a fundamental part of who I am.

Today, we are in the process of creating an organization called "Afghan Women Association Switzerland" for Afghan women in Switzerland, with two Afghan friends who arrived here 25 years ago. The aim of the organization is to promote charity events and to support and set up social initiatives that directly help Afghan women in Switzerland and in Afghanistan. This will help them feel less lonely, and be able to rely on a network of women who have often gone through similar experiences.

What do you think the perception is of refugees in Switzerland?

There are different points of view, opinions and prejudices. At first, I didn't understand why so many people considered Afghanistan to be a safe country, and thought that we had come to Switzerland only to find better economic opportunities. There are also many misconceptions about integration. Some people think that if we hold on to a part of our identity, it means that we don't want to integrate into Swiss society. For example, I have always defended my identity, which in my case includes my identity as a Muslim woman, but that has never stopped me from also being part of the Swiss community and wanting to integrate.

Fortunately, there is also a lot of understanding among people about what it means to be a refugee, and many have asked me questions about it, either because they were curious, or because they wanted to hear a different, personal opinion about my experience; a perspective that is often underrepresented in the mainstream media narratives. They have often never heard the voice of a refugee, a direct testimony from someone forced to flee, and that often changes everything. 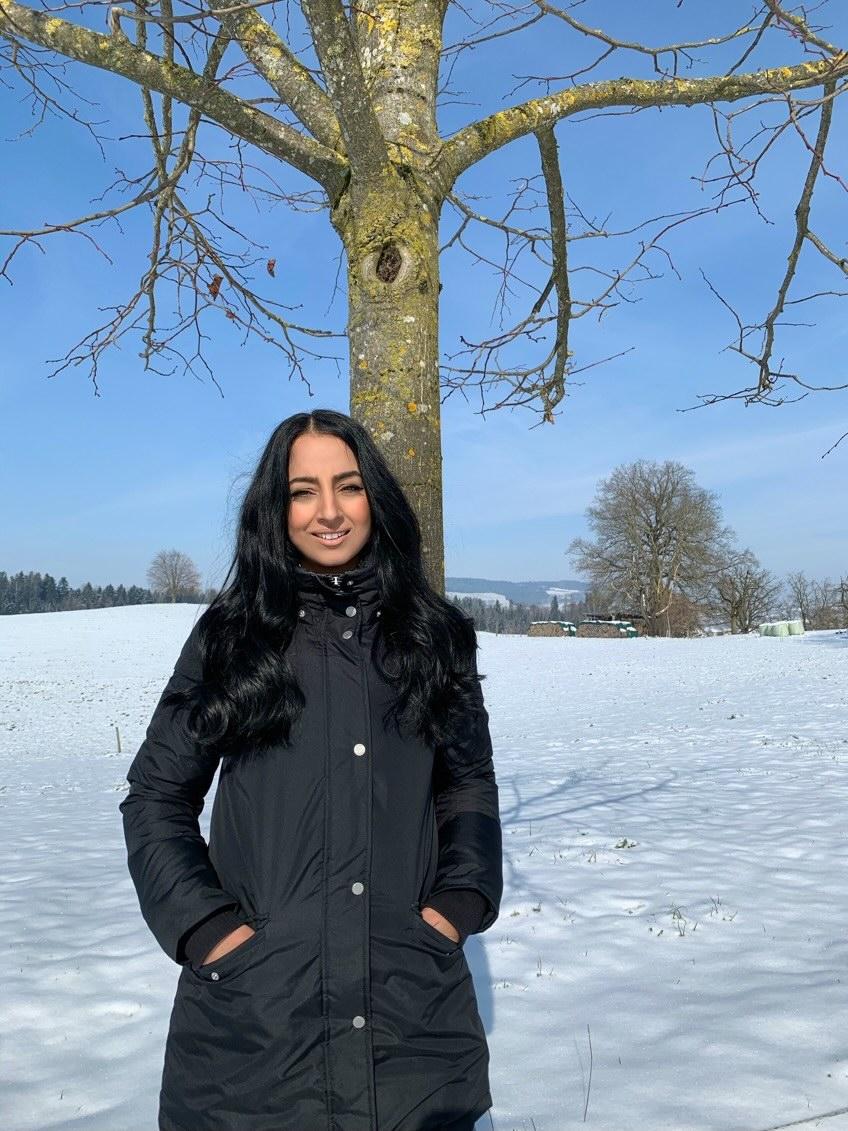 How do you think the current situation in Afghanistan affects the Swiss population?

The current situation for women in Afghanistan makes me sad and angry. It is really terrible and I am constantly worried. Women in Afghanistan have really worked hard to get more rights, and have managed to keep them for many years. But now I am afraid again that women will be excluded from public life and that their basic human rights will be violated. I hope the international community will help these women, and the Afghan community as a whole. Most people have not received a salary for over two months, the economy is collapsing and people do not have enough to eat. It is a humanitarian disaster and people need urgent support to survive.

Many Afghan refugees in other countries want to help the Afghan people, but there is currently no way to send money into the country. That is why the international community is very important right now, and solidarity with the Afghan people is needed. For the time being, only organizations already present on the ground can directly support the population.

In Switzerland, the perception of what is happening in Afghanistan has changed a little, since everyone is talking about it. Over the last 20 years, Afghanistan has often appeared in the newspapers, in conversations, but the country was often seen as indeed undergoing a crisis, but a stabilized one. Now that it has intensified, I see a renewed interest in the situation there, and in the fate of its people. I get a lot of messages from people I haven't talked to in a long time, asking how I am, how my family is doing, etc. A lot of people are not informed about what exactly is happening on the ground and want to hear an Afghan woman's perspective. It's really important to talk about it and to raise awareness in Switzerland.

If you could give a message to the people of Switzerland, what would you tell them?

Refugees do not come to Western countries on a whim. They have been in situations where their lives were in danger, and the journey is often just as perilous. If such a risk exists, not only for the person themselves but often for their family as well, why would they take it if it wasn't a matter of life or death? It is not greed that motivates people to flee, but finding a place where their human rights are respected, and where they can live safely.

Try to understand why people come, why they have no choice. They are as human as any of us.